Wretched Strangers is a theatre company of professionals in the arts and sciences who trained at the London School of Dramatic Art. We hail from mainland Europe and give an (accented) voice to foreigners living in the UK (“A company to watch out for in these early days of their growth”, The Sampler, May 2018). The company was founded in 2017.

Following our successful production of Jean Anouilh’s Medea (Purple Playhouse Theatre at the Brighton Fringe 2018; Reading Fringe 2018; Cockpit Theatre at the Camden Fringe 2018; “There was much to admire in this production” Broadway Baby), we are bringing to the UK for the first time Earthbound (Violette sur la Terre), an original work by Québécois playwright Carole Fréchette, translated into English. The premiere will take place at Purple Playhouse Theatre on 4-6 May 2019 as part of Brighton Fringe, and on 30 and 31 July 2019 at The Cockpit theatre in London as part of Camden Fringe.

Massimo Guasti is a multifaceted Italian actor expatriated in London. His recent roles include Robert in Playing With Grown Ups by Hannah Patterson and Jean in Miss Julie by Zinnie Harris. After joining a theatre company in high school, where he also collaborated in writing some of the plays, he decided to join the Anna Magnani School of Cinema  where he graduated in 2012. Thanks to his desire to learn and improve himself constantly, he moved to London where he joined the London School of Dramatic Art and graduated in 2017. While studying, he was also involved in projects such as Neil LaBute’s Reasons to be Pretty, where he played the role of Greg, and a documentary called The Ballad of a Sack of Prato where he played one of the lead characters. He is passionate about music, good food, and martial arts. 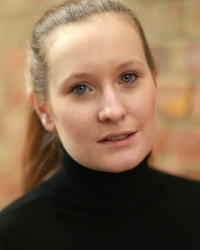 Paloma Jacob-Duvernet crossed the Channel to study at Central Saint Martins and started off as a stage designer for dance, circus and theatre productions. Not long after graduating, she resumed her acting training and joined the London School of Dramatic Art. Rich from her experience as designer and with her acting skills, Paloma embarked on her director debut for the first Wretched Strangers production, Medea. 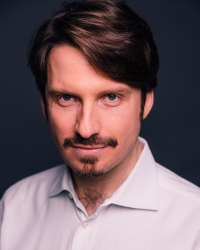 Piotr Mirowski, a native of Poland who grew up in France, studied for a Diploma in Acting at LSDA – London School of Dramatic Art (2015-2017). He also trained in improvised theatre in Toulouse, France (C cédille and Ligue d’Improvisation Universitaire, 1999-2002), New York (QUICKTHINKING! Improv, 2003-2006 and Gotham City Improv, 2011-2013) and London (City Academy and Imprology, 2013-2014 as well as The Showstoppers, Hoopla and The Nursery, 2014-2018), with a predilection for musical and narrative long-form. Piotr performed in several hundreds of improv comedy shows, was a member of New York-based improv volunteering charity Cherub Improv (2007-2013), performing in hospitals or nursing homes, London-based short form group Improvable (2013-2016), and co-founded artificial intelligence-based improv duo HumanMachine (2016-), which was featured in the Sunday Times, RTE One and the New Scientist and was performed at ImproFest UK 2017 as well as the Brighton, Camden and Edinburgh Festival Fringe 2017, and Turing Test-based improv comedy Improbotics (2018-). Stage credits include The Hotel (Cambridge Theatreworks, 2003), The Hunchback of Notre Dame (Moose Hall Inwood Shakespeare Festival, New York, 2006), Playing with Grown-Ups (LSDA, London Fringe, 2017) and upcoming Medea (The Wretched Strangers, Brighton Fringe, 2018). By day, Piotr is a research scientist in artificial intelligence and robotics and graduated with a PhD in computer science at New York University in 2011. 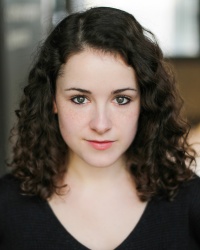 Camille Wilhelm is a Franco-British actress, who graduated from the London School of Dramatic Art in 2017. She acted and trained in France for 7 years before moving to London in 2015. While at university studying economics, Camille co-founded and ran a theatre club, putting on two plays per term. 5 years later, the club is successfully still running after being handed over to younger students. Camille also has experience as an assistant producer for a UK mid-scale touring theatre company. 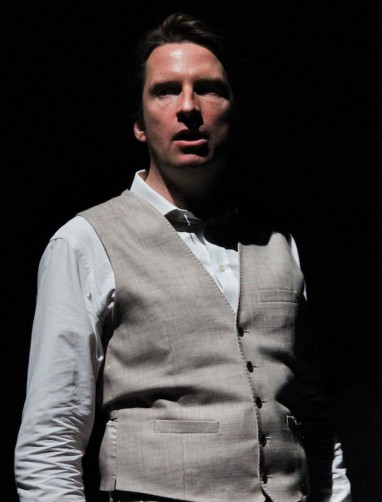 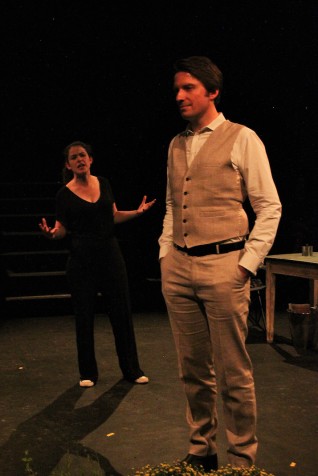 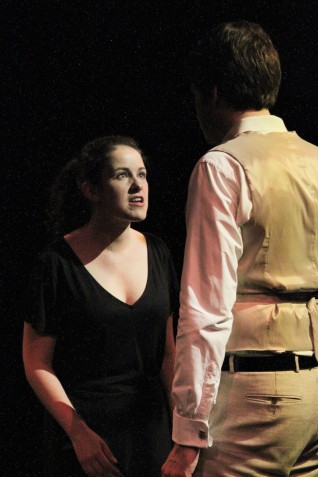 We are now working on the UK premiere of Earthbound (“Violette sur la terre”) by Québecois playwright Carole Fréchette. Following a run at the Purple Playhouse Theatre during Brighton Fringe Festival, it will be performed on 30 and 31 July 2019 at The Cockpit theatre in London as part of Camden Fringe.

Our upcoming production is Earthbound by Carole Fréchette, and it will be making its UK Première at the Purple Playhouse Theatre during the Brighton Fringe (4th to 6th May 2019) and at The Cockpit Theatre the Camden Fringe (30 and 31 July 2019).

A mining town without a mine. Four strangers have lost everything that they thought they were secure of. At night they walk the abandoned pit looking for answers to their questions, and instead they find:
Violet. Violet is the most wonderful, kind and understanding answer that any of them could have possibly dreamed of – and she doesn’t even have to say a word.

Five strangers, four voices. Earthbound tells the story of extraordinary, ethereal Violet and how she came to be in this deserted mine. Or maybe, it actually tells four completely different stories. A tale filled with dark humour and tenderness, Earthbound is a timely and strange tragedy for ordinary folk.

Please use this contact form or email us at wretchedstrangers@gmail.com to get in touch.

We are looking for playwrights who have a play or who want to write about Brexit, Europe, being considered a foreigner in the country one lives in, and anything migration- and borderland-related. Please drop us a line, we would love to hear about your work!